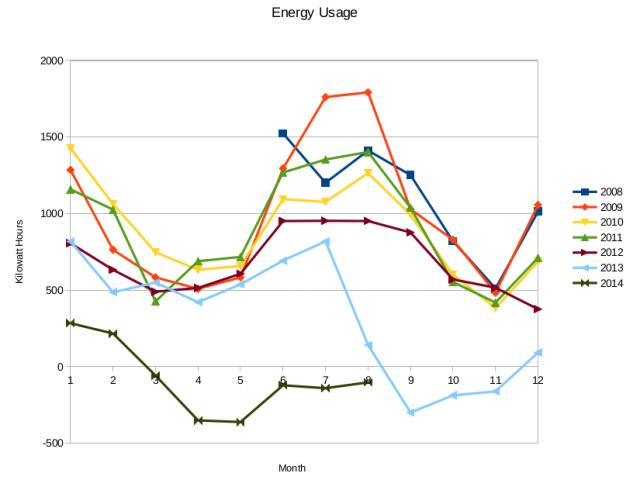 In summary, solar power is totally worth it. If you own a home, go install some panels on the roof. Your wallet (and the Earth) will thank you.
Time to install some solar panels! 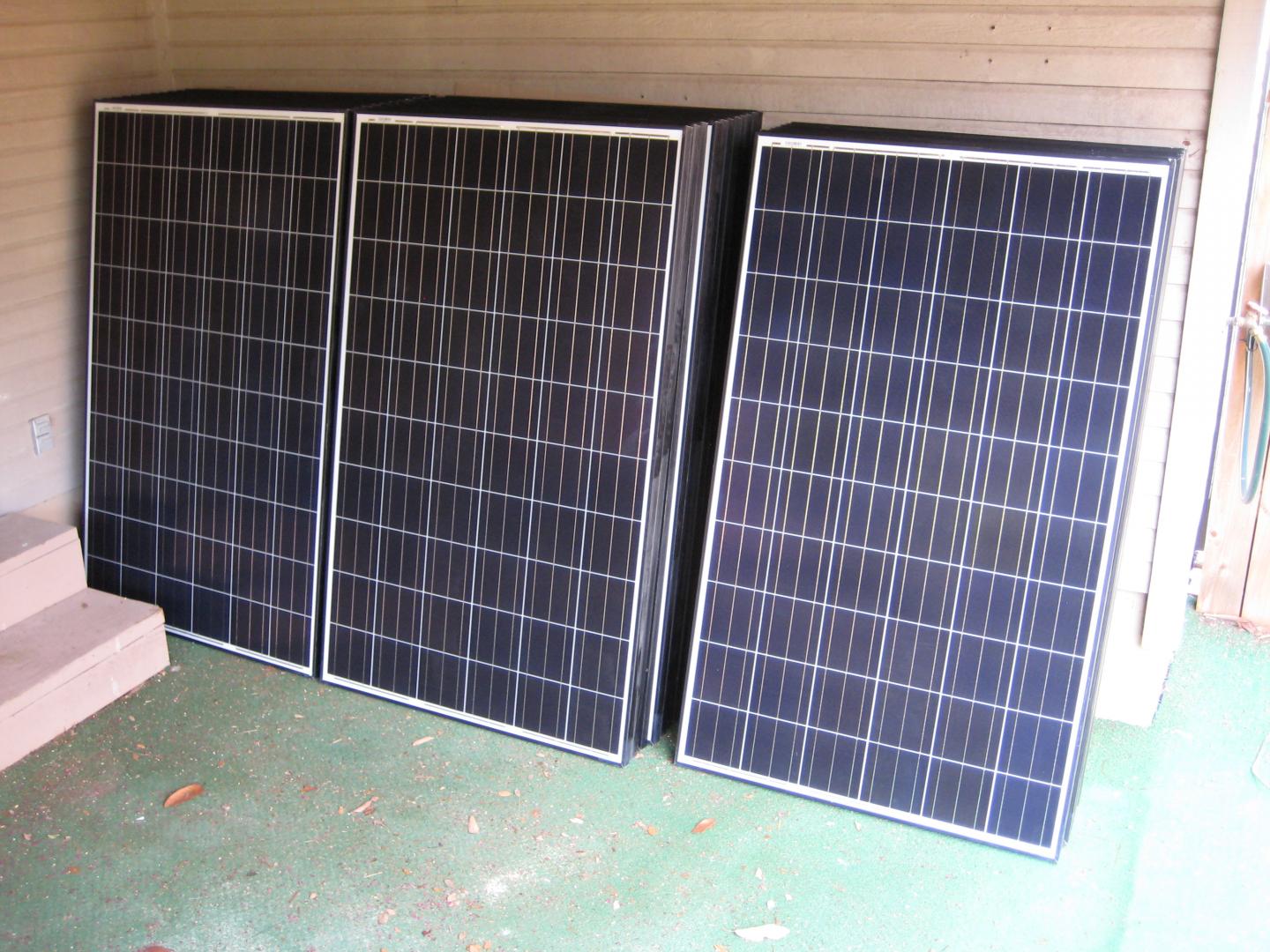 Each panel contains 60 monocrystalline cells soldered together behind a glass cover. 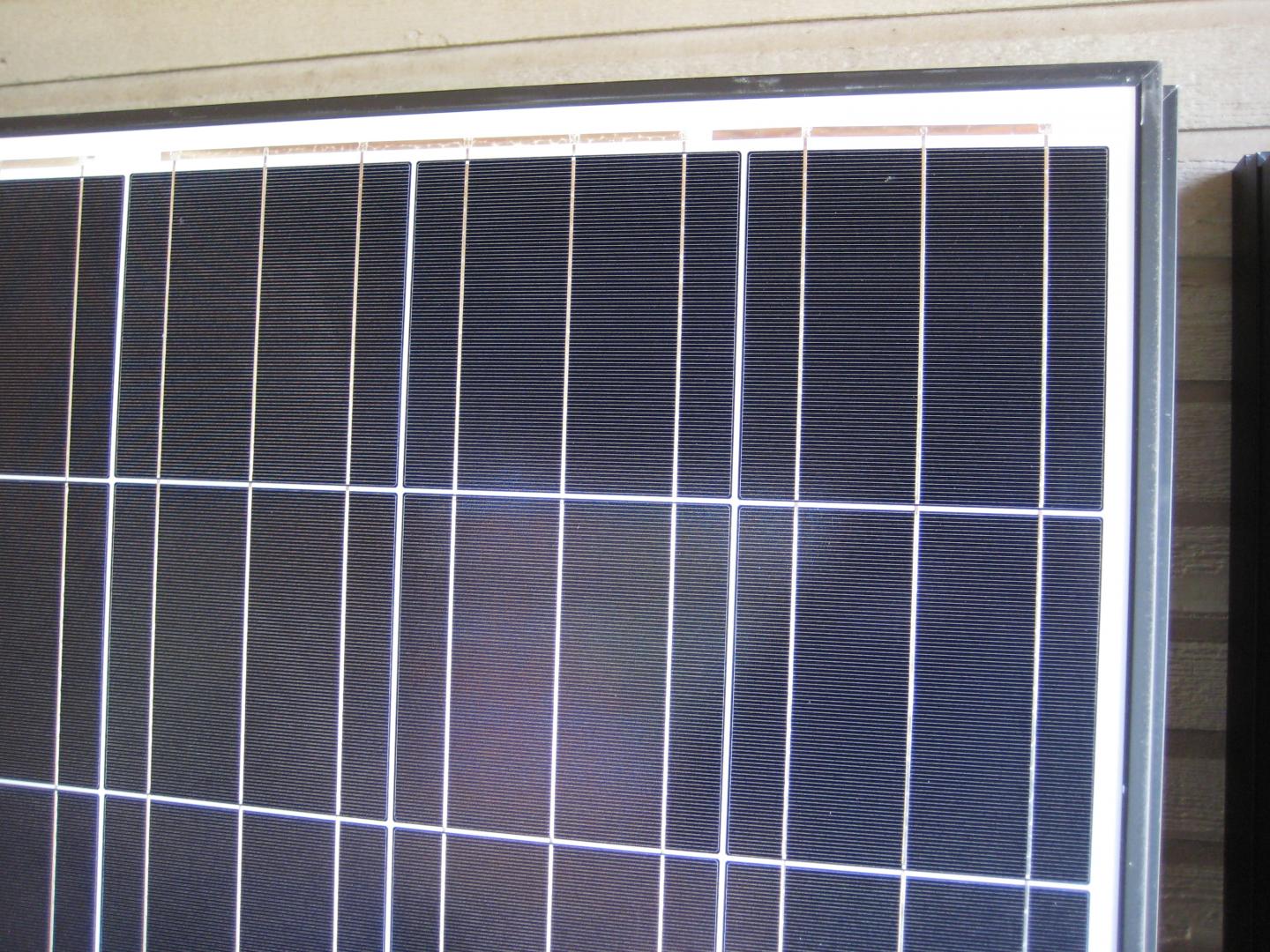 The panels bolt onto these aluminium tracks mounted on the roof. 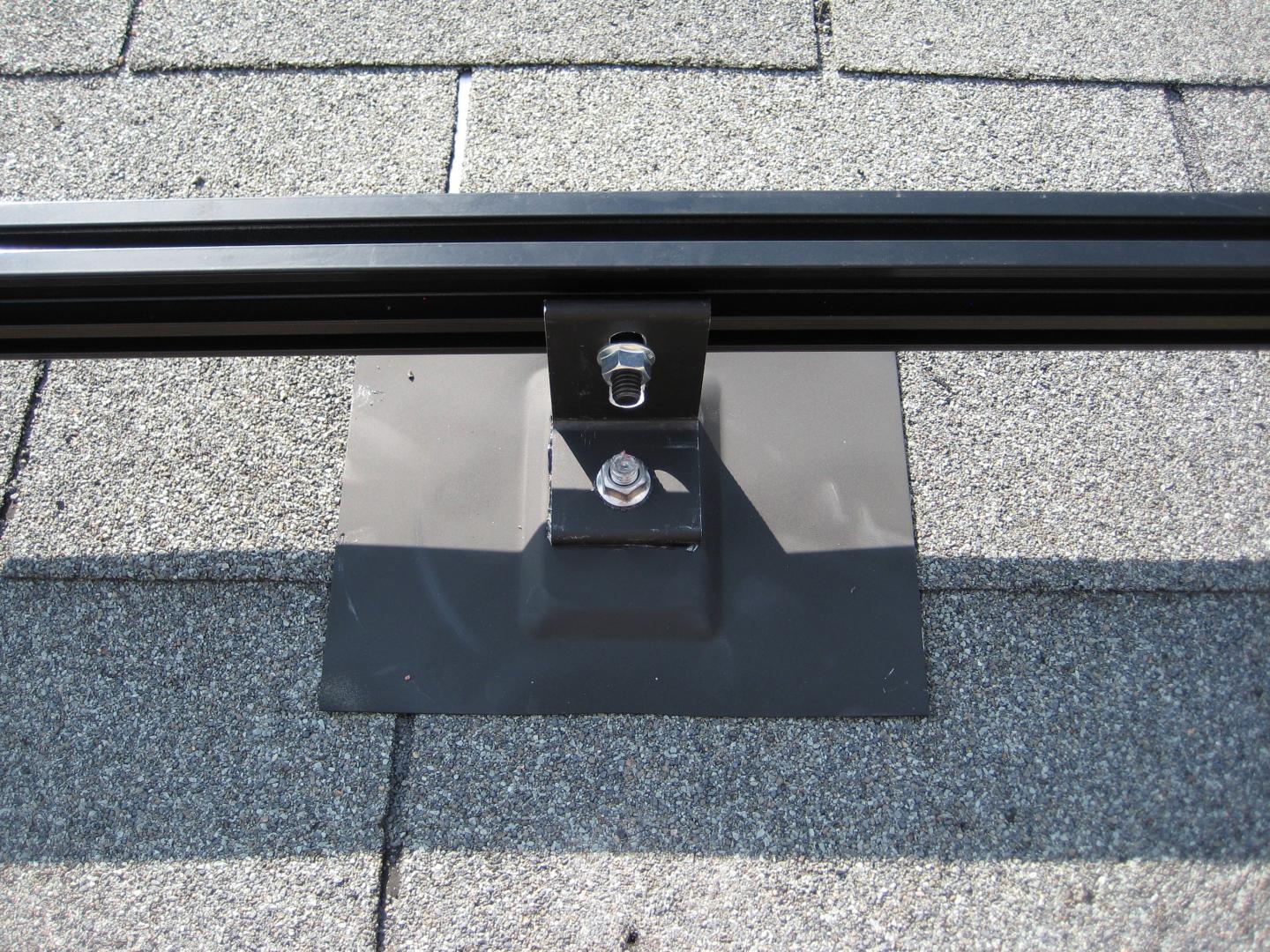 Behind each panel resides an micro-inverter that immediately converts the DC of the panel to the AC of the grid. 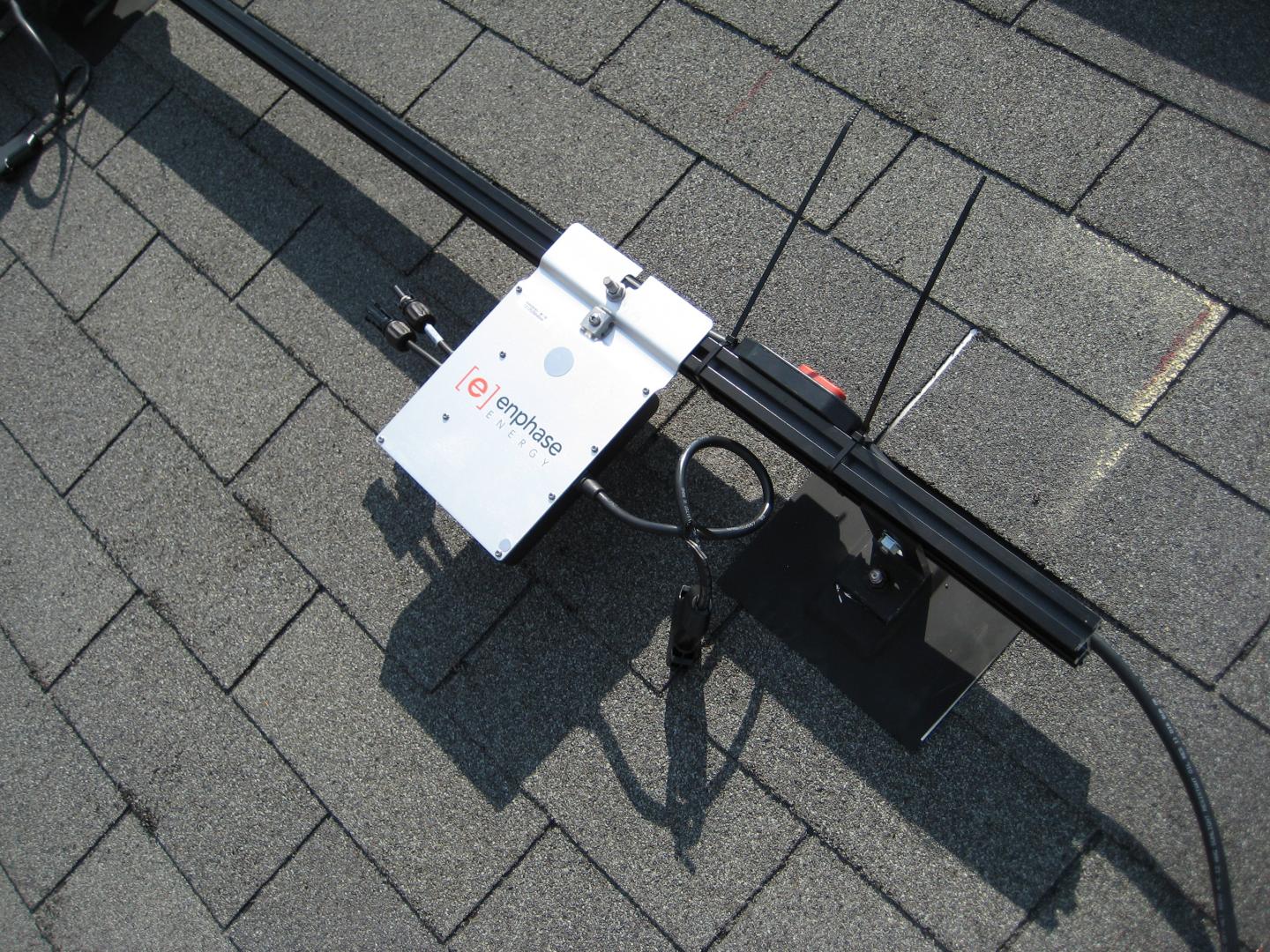 Most panels are on the south-west facing surface of the roof. 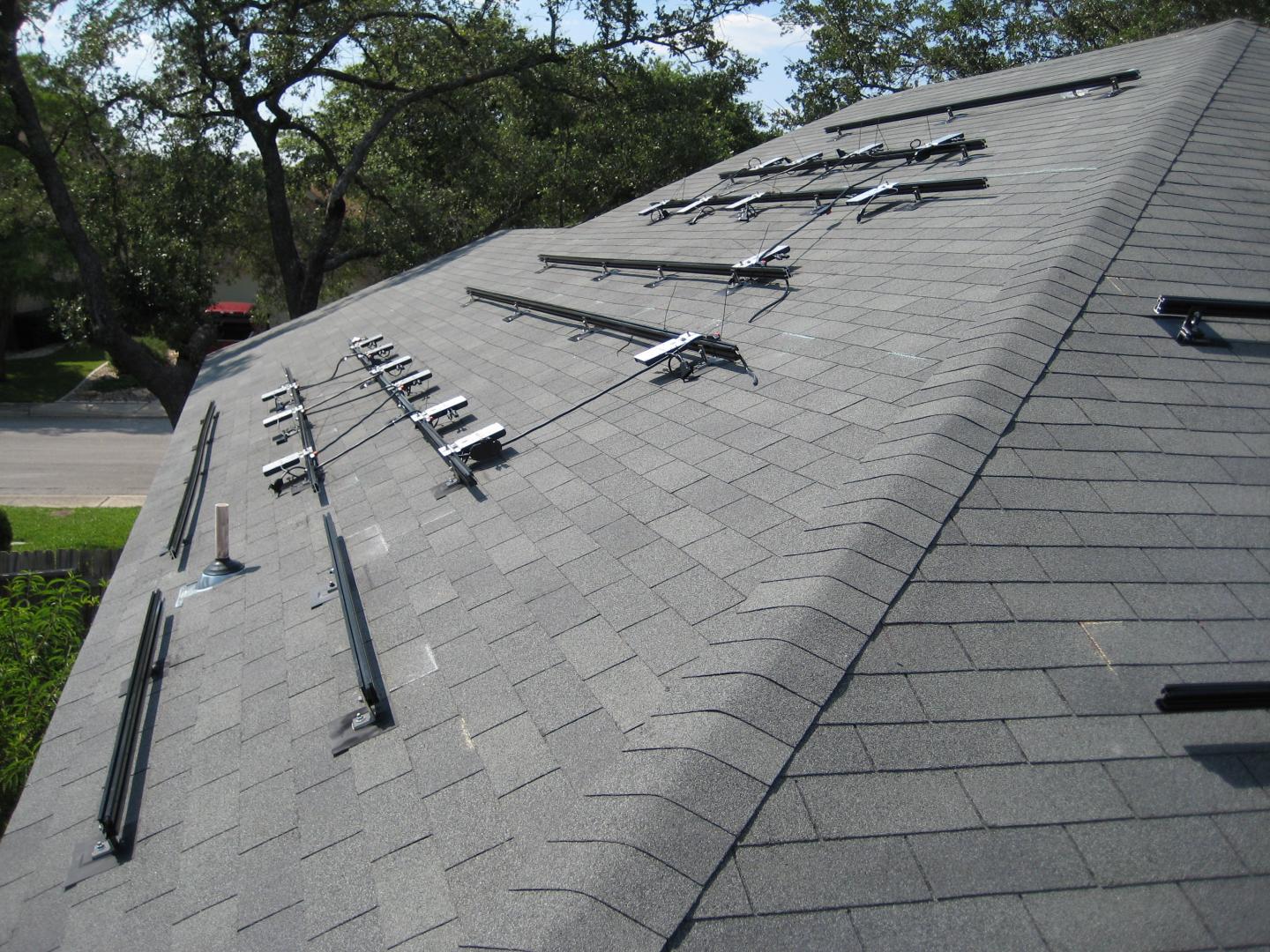 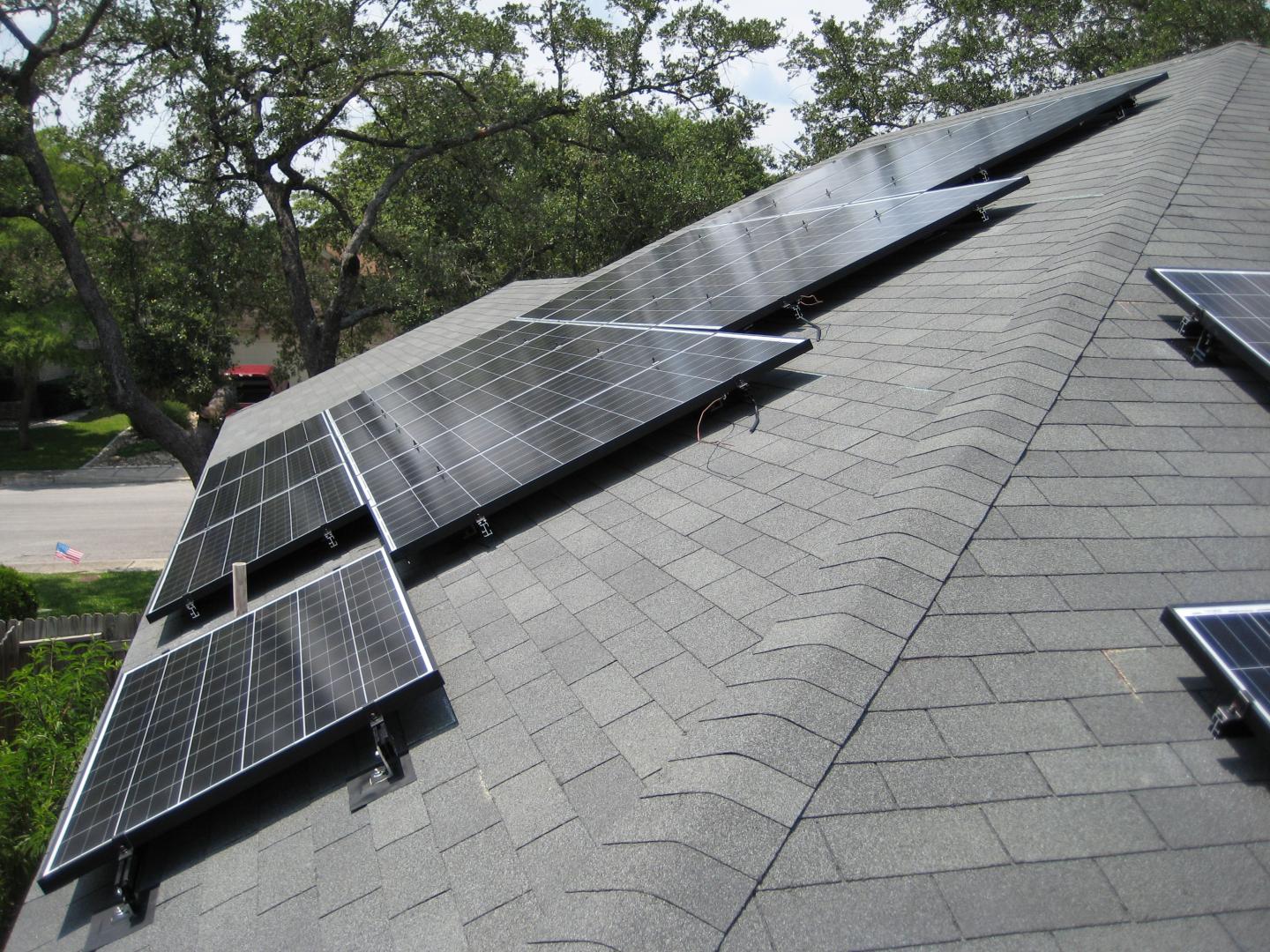 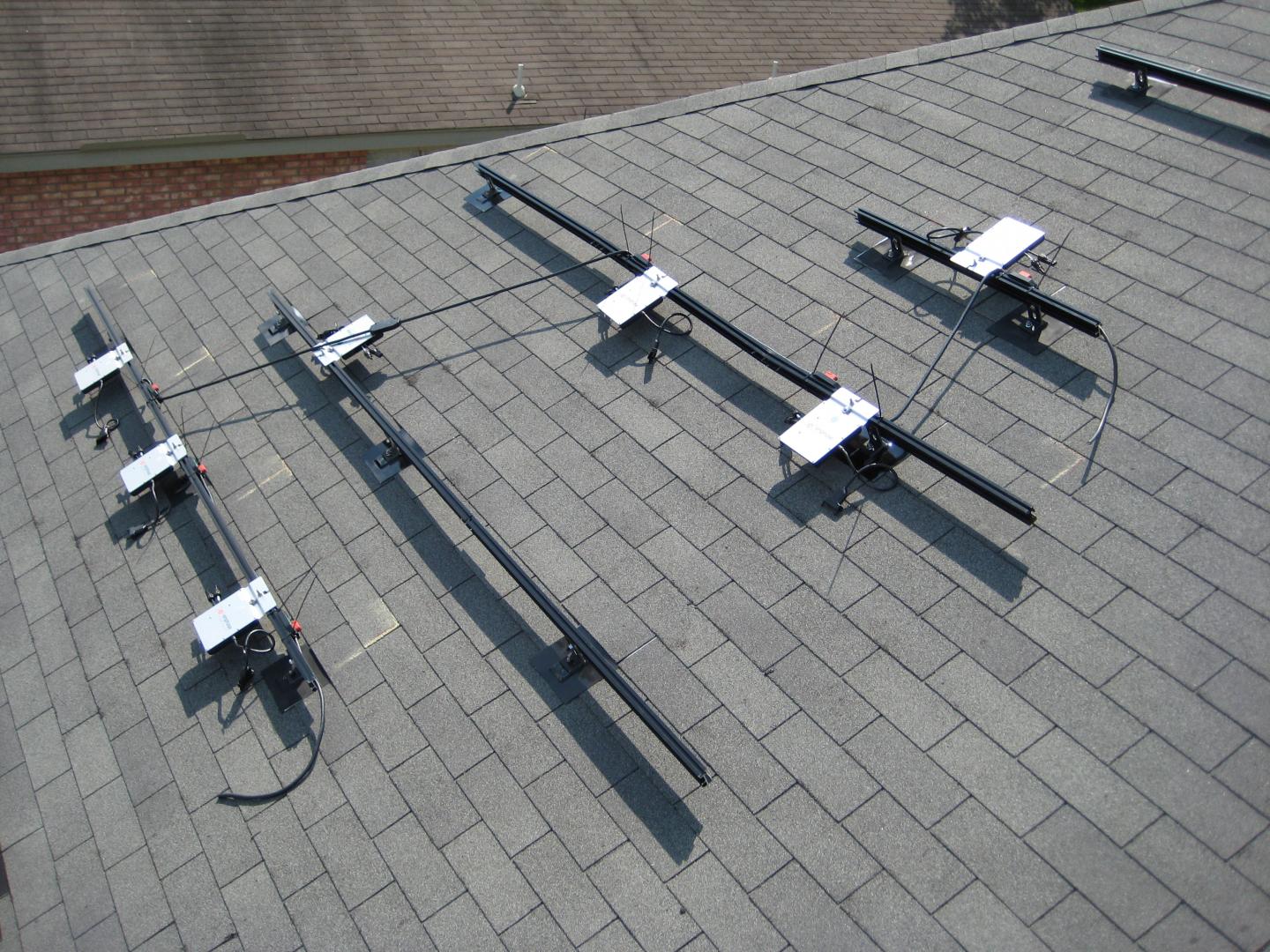 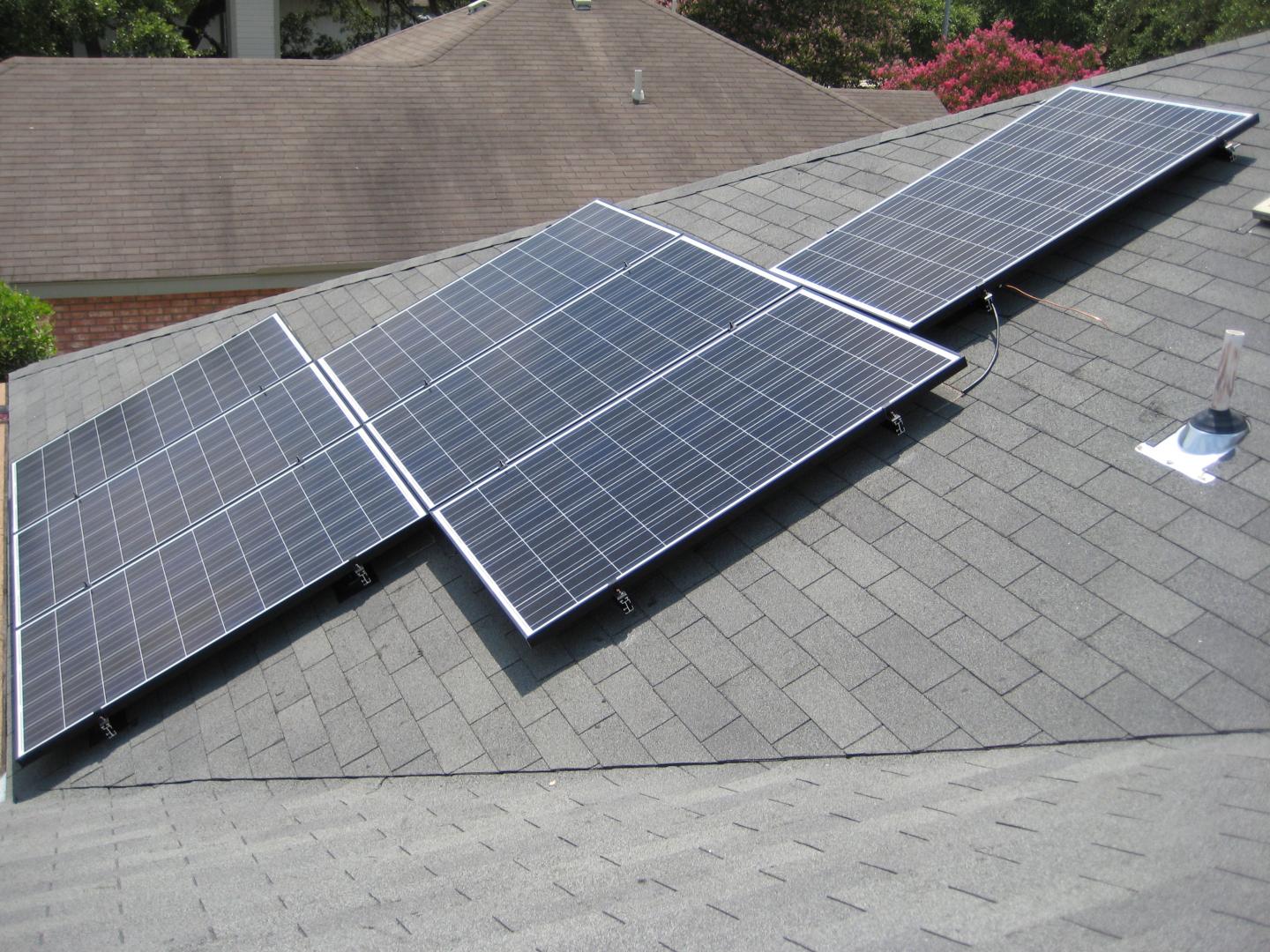 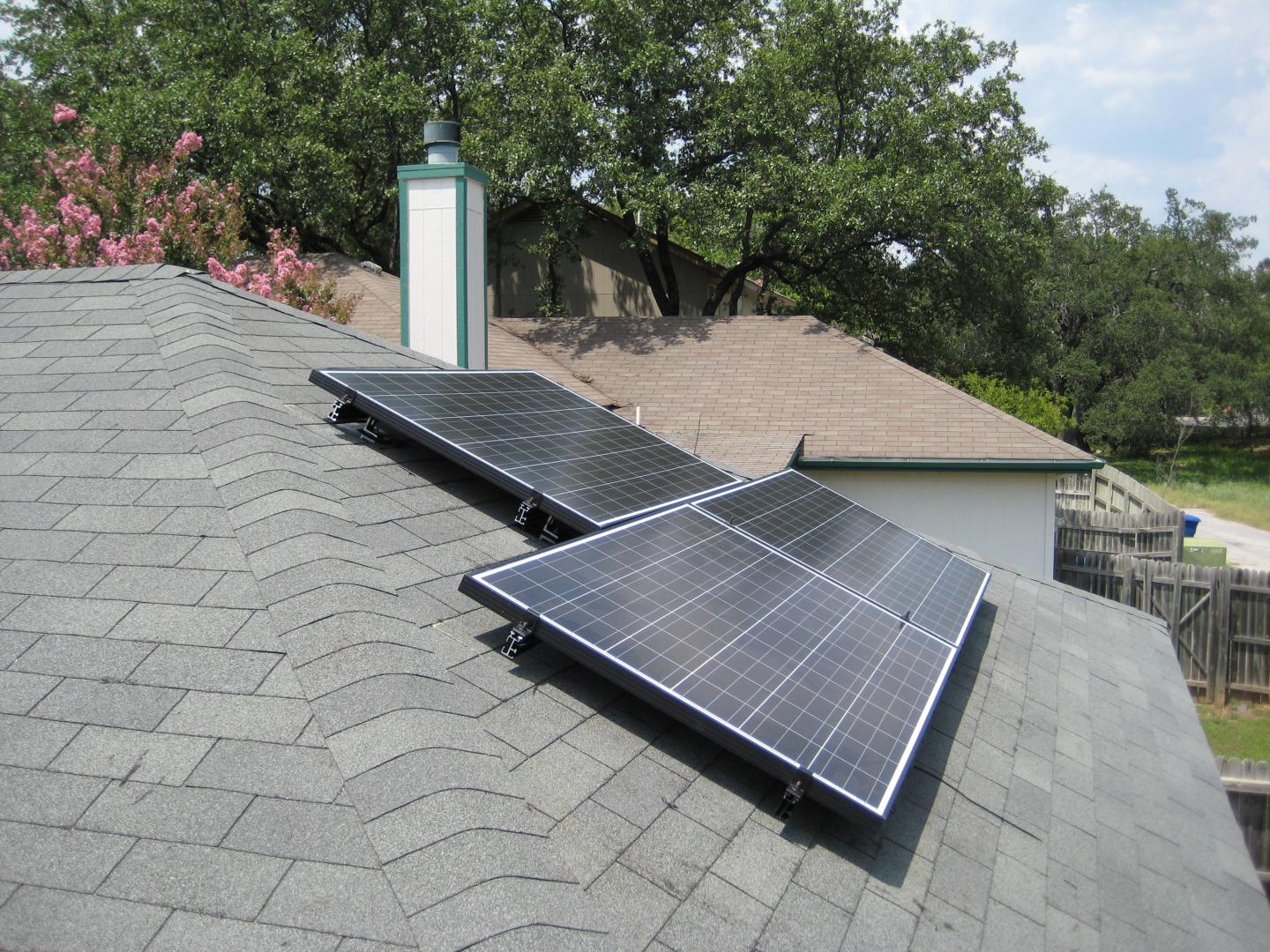 Because the micro-inverters take care of the hard part, this simple junction box is all that is needed to tie the runs together. 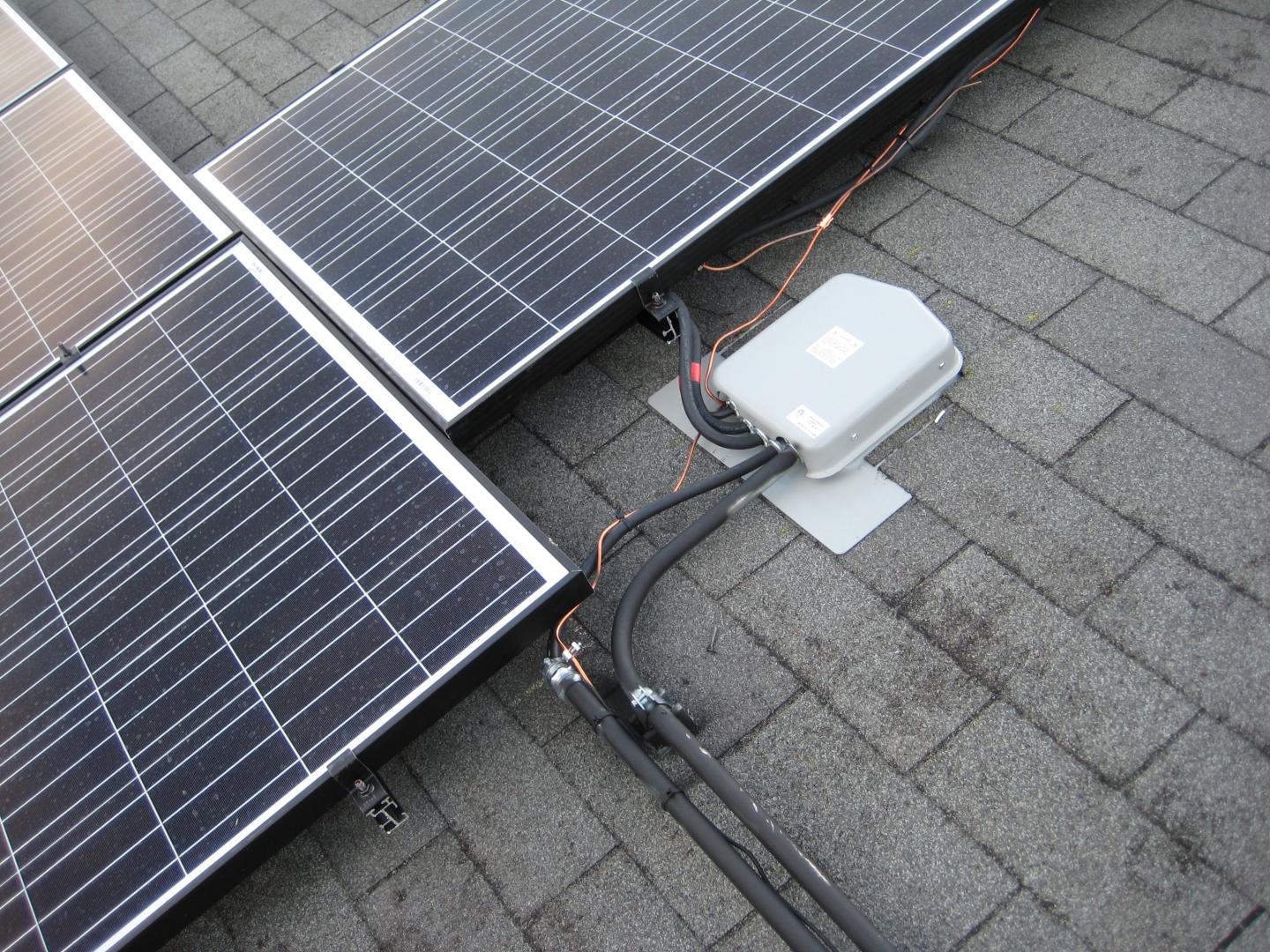 Lots of boxes! On the top from left to right we have:On the bottom from left to right:The Envoy box is rather interesting. Inside the grey box is a wall mount unit that converts the statistic data coming from the micro-inverters into CAT5 Ethernet. The unit communicates with the Enphase site over the Internet using standard HTTP requests. Even though the device was designed to be mounted indoors, the installer recommended this outdoor setup for better communication between the inverters and the unit. Apparently, the inverters use some form of data-over-AC that can become problematic if the Envoy is too far (connection-wise) from the source. 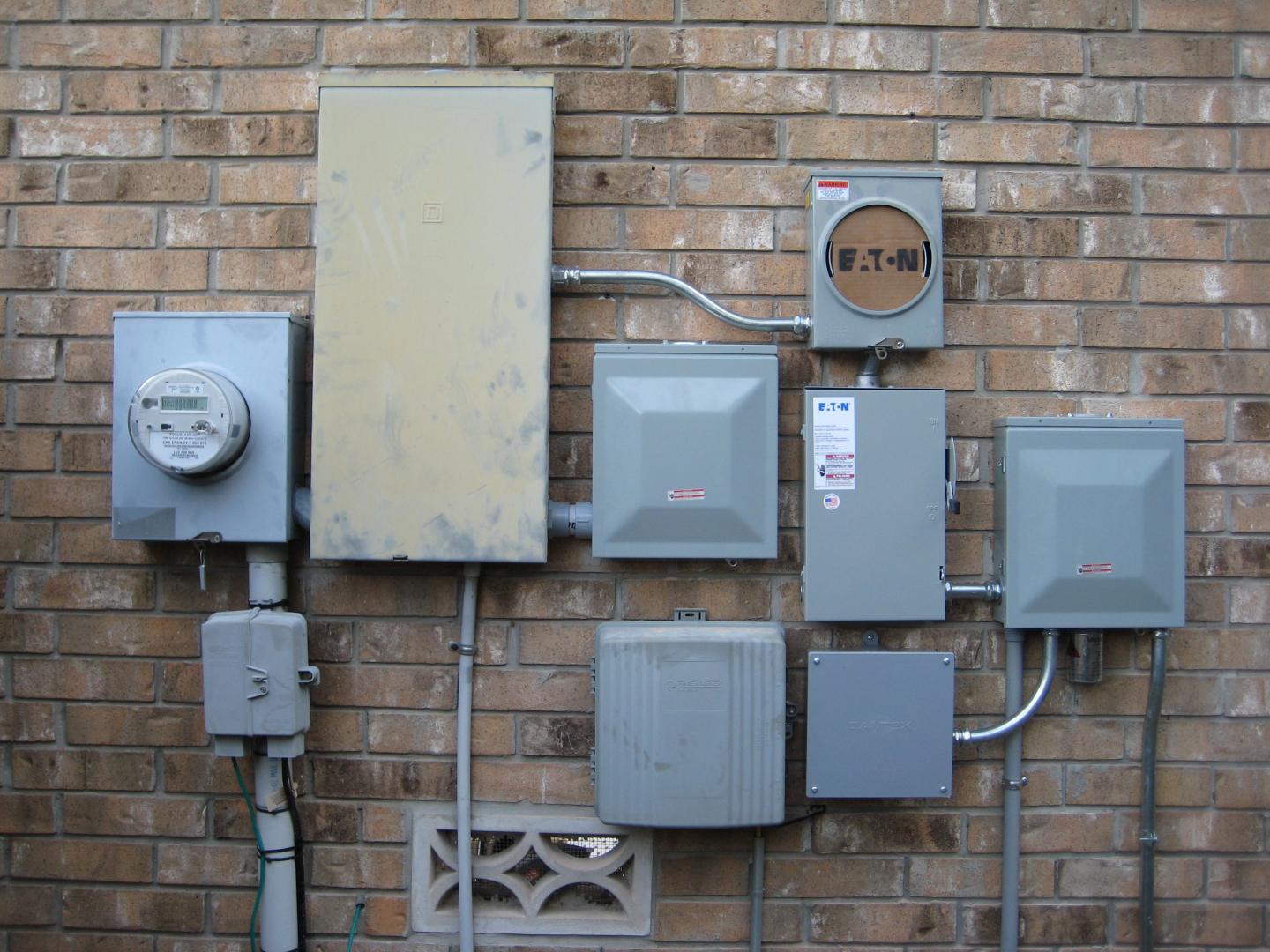 This is the PV meter. It simply counts how many kWh of electricity the solar system has produced. 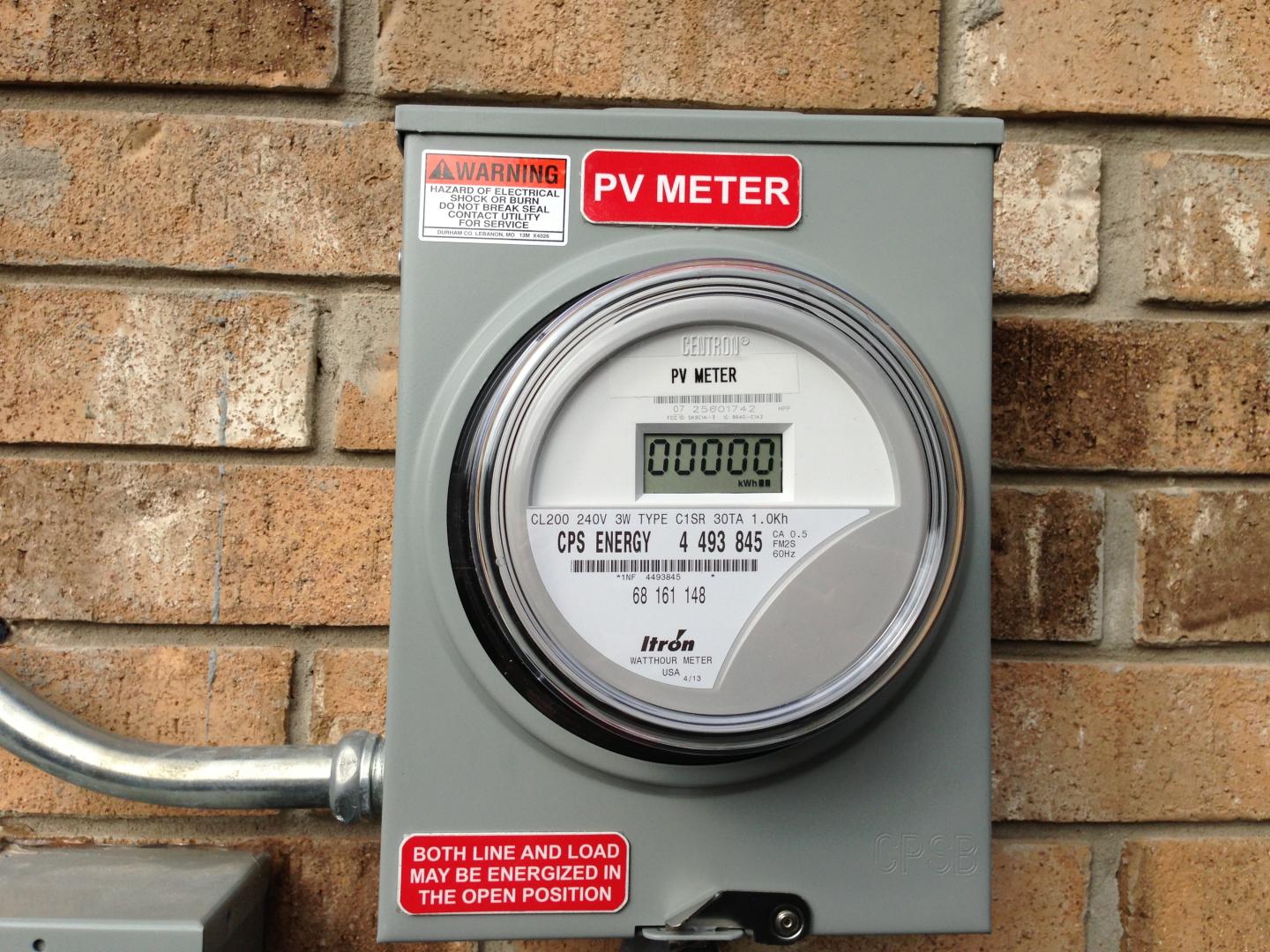 This is the revenue meter. It cycles between a number of counters. Although the display does have an animated "arrow" that moves backwards during the day, none of the counters are actually negative. The relevant counters are: "Total kWh delivered from the utility" and "Total excess kWh sent out to the utility." 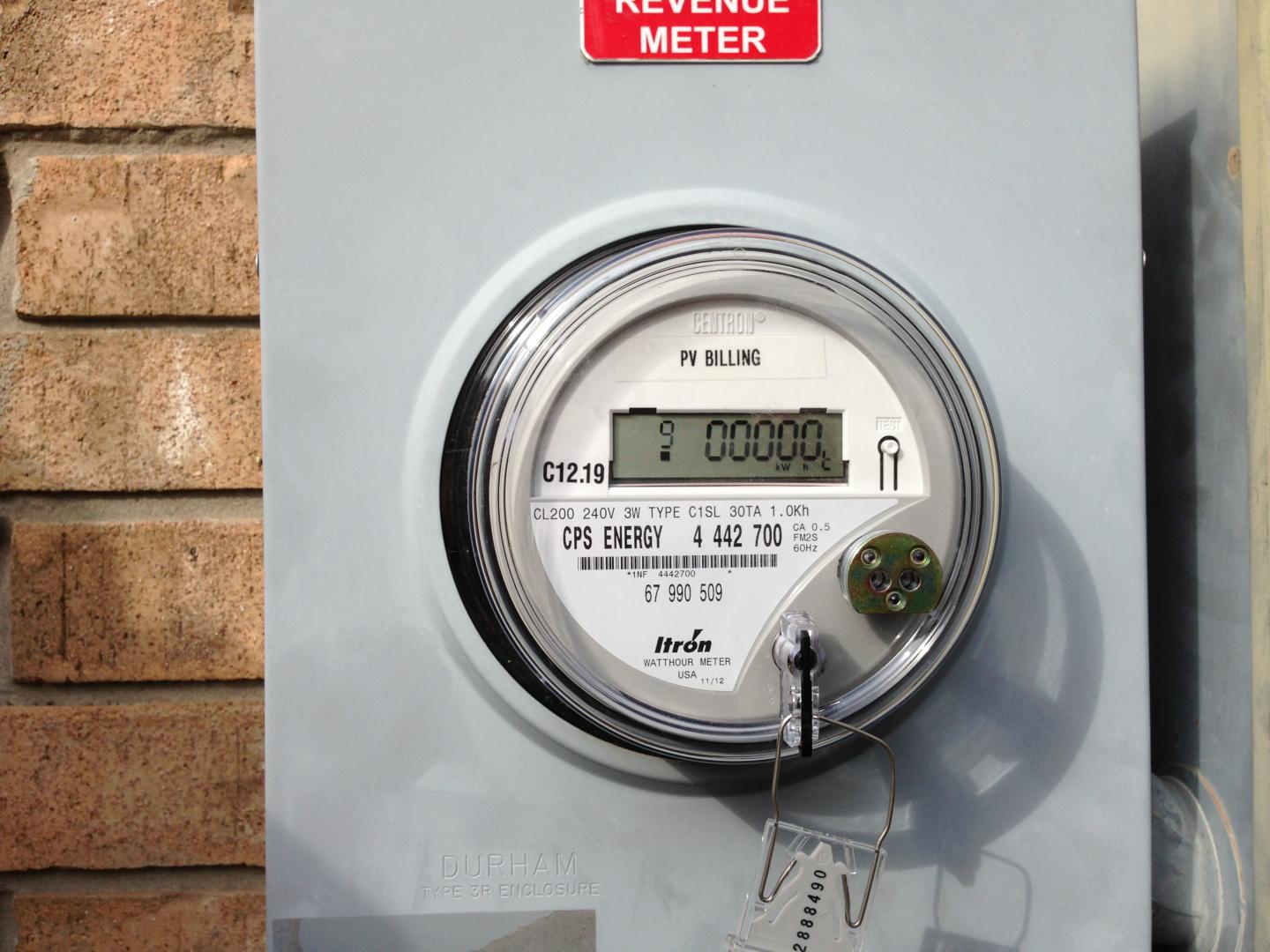 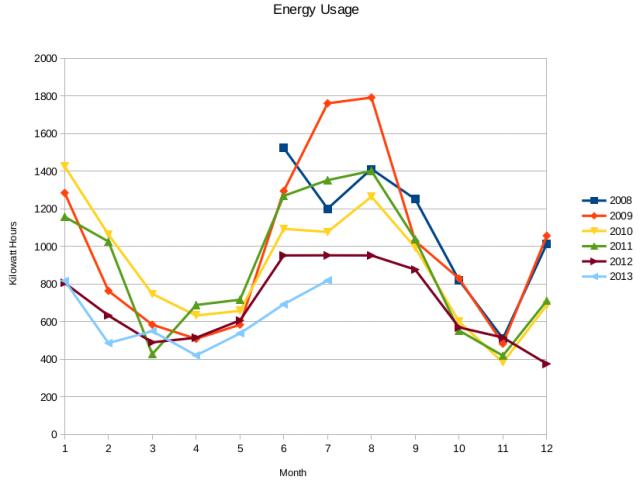 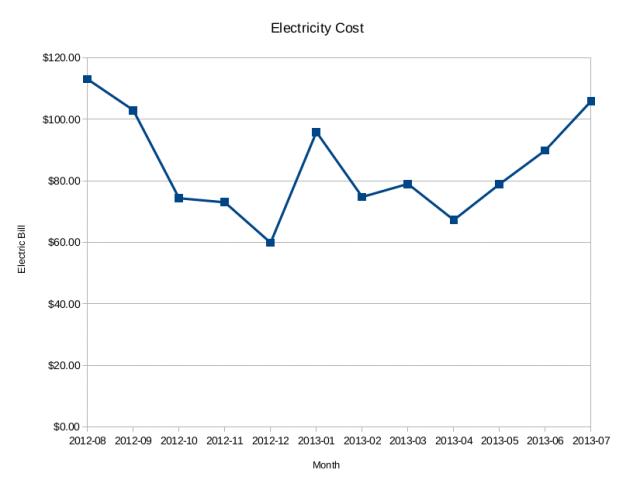 Longhorn Solar quickly differentiated themselves from the rest and within a few days had a technician up on my roof marking chalk lines and giving me suggestions on how to proceed. Many of the other installers quickly dismissed my application because of shading issues they had found using the helplessly out-of-date google satellite view image of my neighborhood. The shading issue was quickly resolved by removing one large oak tree in the back yard and shaping two of the oak trees in the front yard. Because any new solar installation would have a good 20+ years of maintenance free operation, and my asphalt shingle roof was already over 20 years old, they recommended that I go ahead and replace the roof. Good. I never liked that ugly brown color anyway. Also, the new color, Estate Gray, has a higher albedo for even more energy savings. Because the spray foam insulation had rendered all the roof vents useless, I took this time to remove them. This left me with a less cluttered roof with fewer potential leak points. I also moved a 4 inch sewer drain vent that was located in the middle of the prime panel area to the north facing surface of the roof.
1