For today's Safer Internet Day Google is promoting a "safer and more responsible use of online technology and mobile phones" by giving you a 2 GB Google Drive bonus for checking your security settings. To be eligible for the bonus, go to this page to verify your current account settings to make sure they are up to date. Although the three simple steps only take a few seconds to review, the storage bonus, unfortunately, does not get applied until around February 28th.

Whether or not you actually use their cloud storage service is still up to you (I'm currently using 0 GB of 115 GB) - but keeping an eye on your Google account logins (including any connected Android or iOS devices) is probably a good idea regardless.
On this day, one year ago, I registered the Pipedot domain name and threw up an ugly static webpage. Today, the site is a little less ugly and a lot less static. Although the original goal of creating a non-profit alternative to Slashdot has long since been obtained, I've continued the development of the code base and periodically add new features to scratch my own itch.

So my question now becomes: What's next? What other features would you like to see implemented over the next year to make this site even better than it is today?
Recently, Soylent News discussed adding more labels to the moderation system. Although opinions on â€œDisagreeâ€ and â€œFactually Incorrectâ€ may still be varied, nearly everyone supported the addition of a â€œSpamâ€ label.

For Pipedot, we've gone ahead and added the later. Moderating a comment as â€œSpamâ€ will decrease its score by one and flag it for further review by an editor. This way, normal users can greatly help the editors identify junk comments.

Once an editor marks a comment as spam, the message will be â€œhiddenâ€ one step deeper than the normal â€œHide Thresholdâ€ slider setting. However, comments are never deleted. If you want to continue to see all comments, including the spam, click the â€œShow Junk Commentsâ€ checkbox on your profile settings page. Similar to the current blue (new) and gray (seen) rendering, the title bar of junk comments will be colored red to easily differentiate them from the good stuff.
Those evil ISPs are at it again:

Recently, Verizon was caught tampering with its customer's web requests to inject a tracking super-cookie. Another network-tampering threat to user safety has come to light from other providers: email encryption downgrade attacks. In recent months, researchers have reported ISPs in the US and Thailand intercepting their customers' data to strip a security flagâ€”called STARTTLSâ€”from email traffic. The STARTTLS flag is an essential security and privacy protection used by an email server to request encryption when talking to another server or client.1

By stripping out this flag, these ISPs prevent the email servers from successfully encrypting their conversation, and by default the servers will proceed to send email unencrypted. Some firewalls, including Cisco's PIX/ASA firewall do this in order to monitor for spam originating from within their network and prevent it from being sent. Unfortunately, this causes collateral damage: the sending server will proceed to transmit plaintext email over the public Internet, where it is subject to eavesdropping and interception.

Although I wouldn't trust the content of your non-PGP email to ever be secure, this could potentially lead to your email account password being transmitted in-the-clear, depending on how your email client and server are configured. 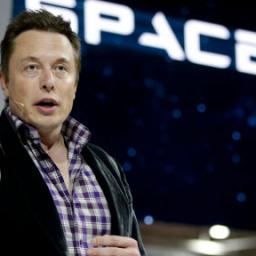 Elon Musk announced that SpaceX is looking to launch a 700 micro-satellite constellation to bring global Internet access across the world. Each satellite will weigh less than 250 pounds and use radio spectrum allocated to WorldVu Satellites, Ltd.

Although still in the planning stages, SpaceX may end up helping in the construction and launch of the largest fleet of satellites yet. 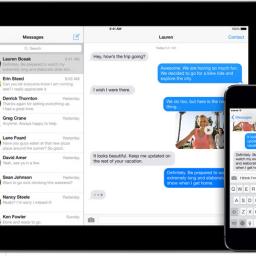 When an iPhone user send an text to another iPhone user, Apple quietly pipes the message through their own servers instead of over the traditional SMS network. This feature was originally intended to help avoid per-text charges for people on budget cell plans and is normally seamless â€“ the only user-visible difference is that your chat bubbles are blue instead of green. However, if you switch your phone from an iOS device to an Android device, all future messages from iPhone users get lost in the nether â€“ there simply wasn't a method to disable iMessage from your phone number.

Until now. Users stuck in this situation can now use this web tool to escape from iMessage oblivion. 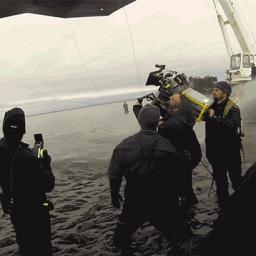 Today, nearly all movie theaters have converted their projectors to fully digital systems. Although movie theater 4K (4096 x 2160) is a little higher resolution than consumer TV 4K (3840 x 2160) - and definitely an improvement over standard HD (1920 x 1080) - nothing can match the resolution and shear awesomeness of 70mm IMAX film projection. Christopher Nolan is one of the last true film holdouts and with his new movie Interstellar, is pushing for the full "film only" versions to be shown across IMAX theaters.

Bottom line: this is one movie you probably want to see in the theater. Otherwise you won't get to see its true glory until 30 years from now when the industry starts selling 32K resolution digital TVs. 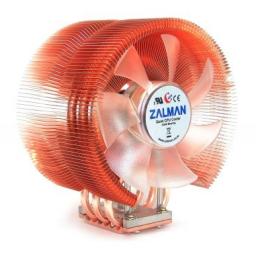 Zalman has filed for bankruptcy.

Zalman was one of the pioneers of low-noise cooling solutions, in an era when stock coolers were noisy enough to drive people insane. Unfortunately for us all, on November 3, 2014 the company filed a bankruptcy protection request in the Seoul Central District Court.

Zalman did not fall victim to recession, competition or even bad corporate management. The whole story is long, complicated, obscure and yet unconfirmed, so unfortunately we may never learn all the details of it. To summarize, Zalman apparently was part of an allegedly very well designed and planned multi-billion dollar corporate fraud.

As an owner of quite a number of their copper CPU blossoms, I hope that they can pull through and distance themselves from their troubled parent corporation. 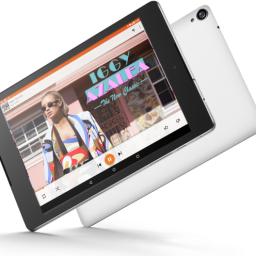 Interestingly, the smaller Nexus 6 has a higher resolution screen and overall better specs than its larger cousin. Whether anyone wants to pay $650 for a 6" tablet phone is another matter.

A Vietnamese site has leaked more images of the updated Apple tablets ahead of the official launch.
The next major patch of World of Warcraft goes live this Tuesday. Included in this update are all the new skill changes, talent trees, attribute modifications, and profession reworks of the upcoming Warlords of Draenor expansion pack. Although the Iron Horde have invaded Netherguard around the Dark Portal, the revamped Outland area and level cap extension do not unlock until the full release on November 13.

If you are like me and have avoided playing for the last year during the extended lapse of new content, you may want to log back in and check out the changes. Another bonus is a revamped 5-man Upper Blackrock Spire instance that will be available to level 90s for a limited time.
12345678910