Can you make money by writing a book? Carter Phipps shares his experiences in publishing his first book. He describes advances, self-publication, and book promotion - all very relevant information for someone looking to start writing their own masterpiece. 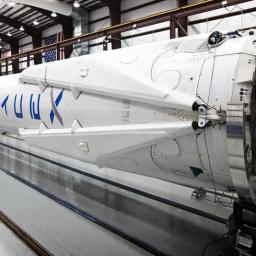 Here are some of the highlights from the latest resupply mission by SpaceX to the ISS: 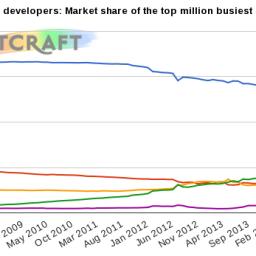 Once upon a time, Apache was the undisputed king of webserver software. Over the last few years a relative newcomer, NGINX , has slowly gained ground . Netcraft's monthly Web Server Survey clearly shows a healthy upward usage curve for the software.

Other recent notable events:
I've been a Linode customer since they launched their User-Mode-Linux offering in 2003. With decreasing component prices and a little help from Moore's Law, they have repeatedly increased the resources available on their VPS instances. Most upgrades take the form of "Double the RAM" or "Double the disk space" and have allowed the company to stay competitive over the years.

However, their latest "upgrade" reduces the CPU core count from 8 to 2 on the most popular plan, drastically reducing the performance of most webserver workloads. Some users have posted degraded benchmark numbers on the Linode blog that announced the upgrade. They have also removed the discounts on yearly plans, thereby increasing the cost of the hosting plans.

Other aspects of the upgrade are more welcome:Disclaimer: Both Pipedot and SoylentNews are hosted at Linode.
Today, ISC released the last version of BIND 10 , ending the organization's development work and signalling that no further updates will be made to the source pool.

The Bundy Project is currently working with the ISC to move the code to GitHub to continue the program's development.

BIND 9 is the most popular DNS server in use today. 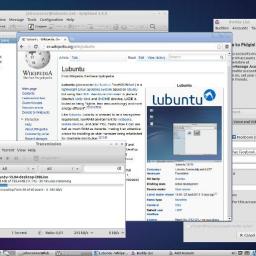 Ubuntu released version 14.04 LTS (codename "Trusty Tahr") today. This is a long-term support distribution, meaning Ubuntu will support it with security and bug fixes for 5 years as it slowly replaces Ubuntu 12.04 LTS that preceded it.Recent notable changes, such as the move to systemd or the Mir display server, are absent in this release. However, this release adds arm64 and ppc64el architectures. OpenStack and other "cloud" tools also received many updates.

Although critics often disparage the animal codename, the uniqueness of the word does aide Internet searches. For example, if you search for "Ubuntu Bluetooth" you may get outdated information from previous versions that is no longer relevant. However, adding "Precise Pangolin" or "Trusty Tahr" really helps narrow down the results. 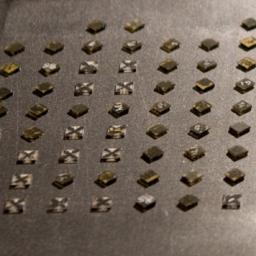 What's cooler than a robot? A micro-robot. What's cooler than that? A swarm of them , organizing effortlessly, like ants, to accomplish complicated tasks in parallel and on a small scale, like the manufacture of circuit boards or other products, and dealing effortlessly with both solids and liquids. Sound interesting? It does to SRI International , who has developed and patented a technology called Diamagnetic Micro Manipulation (DM3).

It uses "printed circuit boards to drive and control micro-robots built from simple, low-cost magnets that are propelled electromagnetically. This could enable cost-effective production of large numbers of micro-robots that can reliably handle a wide variety of solid and liquid materials - including electronics. ... [Their] vision is to enable an assembly head containing thousands of micro-robots to manufacture high-quality macro-scale products while providing millimeter-scale structural control. For example, some micro-robots will carry components (electronic as well as mechanical, such as truss elements), some micro-robots will deposit liquids, and others will perform in situ quality analysis. Mounted to a mobile robotic base, a micro-factory will be able to build parts of practically any size."

Have a look at their statement on an ongoing DARPA Open Manufacturing proposition for Microfactories for smart manufacturing . These scare me more than Big-Dog . Lets hope they can never self replicate and swarm by the millions .
The Heartbleed bug has sparked new interest in cleaning up the OpenSSL code base. As evidenced by OpenBSD's CVS repository, the team has started removing old platform specific code, style inconsistencies, non-free hardware crypto engines, and dubious wrappers from the library. Perhaps the best side effect of the Heartbleed bug will be a much cleaner and more secure OpenSSL package.

Ed. note: So, is a catastrophic and highly public failure what it takes to catalyze action in some projects? And if so, which other projects are in need of some energizing disaster?

Update: The mentioned cleanup is taking place in the OpenBSD CVS repository. The official OpenSSL repository information can be found at http://www.openssl.org/source/repos.html
Updates for this week include: 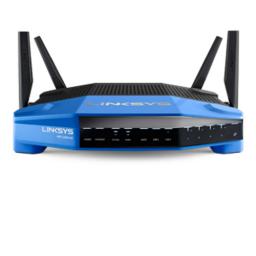 Phoronix reports that Linksys is finally shipping its successor to the highly popular WRT54G wifi router. The original spawned a number of open source router projects, including DD-WRT , which partially shares its name. Features of the new model:Although the specifications and commitment to open source are welcome, the retail cost of $250-$280 may turn some away.
12345678910