Okay, so trying to find an acceptable 64x64 pixel icon for each story got old pretty fast. There never seemed to be enough of them and they didn't always fit the article correctly. But with today's news sites wanting lots of eye candy, most articles already have at least one relevant image of the story. So we'll just make a small thumbnail of that!

You can change the quality of the thumbnail using the "Story Image Style" in your settings page. Or you can opt to keep the icons or disable the images altogether. If you have a high resolution screen (e.g. Apple's Retina displays) with a pixel ratio greater than the traditional 1:1, you can select one of the "High Resolution" options to get a sharper image. 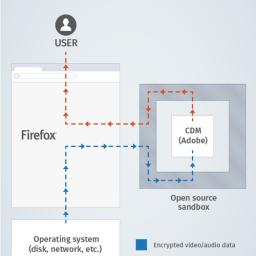 Video streaming sites, such as Netflix and Hulu, have traditionally used non-free plugins, such as Flash and Silverlight, to perform DRM functions. Interest to move these services to the new HTML5 video tag, however, requires a mechanism to handle the DRM naughty bits. The W3C EME specification describes such a beast, but involves a non-free CDM binary. Here is Mozilla's take on the matter.
Ever revisit a popular story page and wish you could easily distinguish the new comments from the stuff you've already read? Well, now you can!

New comments are now shown in blue, while old comments are shown in gray. Simple enough, right?
Not everyone is a web developer; and those that aren't sometimes forget the raw HTML syntax used to format comments. For these poor saps (and perhaps for lazy web developers as well) Pipecode now includes an optional WYSIWYG editor.

To use the editor, simply make sure that both the "Enable Javascript" and the "WYSIWYG Editor" checkboxes are enabled on your settings page. 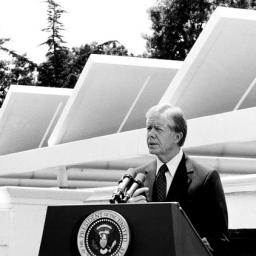 In 1979, President Jimmy Carter installed 32 solar panels to the roof of the White House. These panels were mainly used to heat water and were removed in 1981 by President Ronald Reagan during roof repairs. In 2002, George W. Bush added solar panels to a maintenance shed on the grounds to help heat the pool.

For the last few years, President Barack Obama has been promising to install photovoltaic solar panels on the White House roof. Although the system was initially planned to produce approximately 19,700 killowatt hours of electricity per year, the final system was scaled back to a mere 6.3kW system. The new system, however, is finally complete and providing power to the high profile residence.
Good news everyone! I hacked away enough at the code base this weekend to make it mildly presentable. Weighing in at 814 kB, the download shouldn't stress your connection too much. :)

So, if you are interested in installing it yourself, go to http://pipecode.org/ for the installation instructions and the download tarball. The GitHub repository has also been updated. 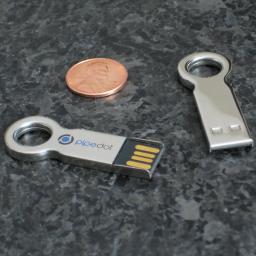 As a promotion and a small thank you to the contributers, I am pleased to announce... a free USB drive sporting the Pipedot logo! Although this site is still pretty small, a dedicated few of you have really stepped up and helped submit stories, post comments, and moderate. If you have received an email from me about a drive, simply respond with your shipping info and I'll send you one!

The drive is a modern all metal design with a convenient ring handle. The capacity is four gigabytes and comes preformatted as FAT32 - but otherwise blank. The drive is bootable; and I've used one this week to load Ubuntu 14.04 on a few computers. With a 14.3 MB/s average read and 2.6 MB/s average write speed, it's not going to win any speed competitions, but it sure looks sexy. 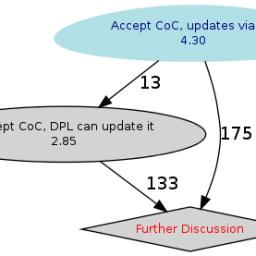 The Debian project has adopted a code of conduct for participants to its mailing lists, IRC channels, and other modes of communication within the project. The main points of the code are:
How much do you trust popular websites to maintain your data and online privacy? In this week's poll you can rank them using the Borda Count voting method.

Instructions:[Post edited by zafiro17 2014-04-28 13:54 to clarify the instructions.]
Plenty of updates this week! Nearly every single source file and database table was modified this week to help further the distributed goal of the Pipecode project. More information on this will be given over the following weeks as more functionality gets merged to live.
12345678910